No.3 TMU Lady Bears advance to finals after big win over No. 2 Campbellsville 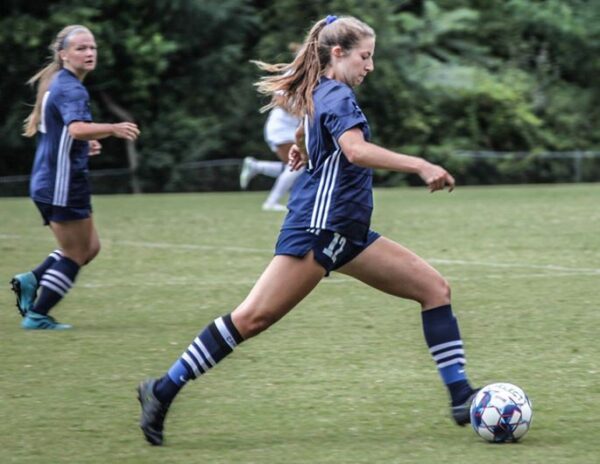 (SPRING ARBOR, Mich. ) – On Thursday, the Truett McConnell University women’s soccer team competed in the first game of the NAIA Women’s Soccer Opening Round, where the No. 3 Lady Bears upset No. 2 Campbellsville University, with a final score of 5-2. This is the first time in TMU history that the Lady Bears have advanced to the NAIA Opening Round finals.

“We talked about needing to give a complete 90-minute game today to win and it’s exactly what these girls did,” said Head Coach David McDowell. “From front to back, they were outstanding the whole game and played with heart, passion and also intelligence. I can’t tell you how proud I am of this group. They have worked so hard all season and have got their just reward at the highest stage. We can’t wait to go again on Saturday!”

The Tigers struck first at the nine-minute mark, but the Lady Bears did not hesitate as they made the score even in the 12th minute off a shot by Eliska Dvorakova, assisted by Hannah Logue (1-1). TMU did not waist time, as they secured their second goal of the game after perfect ball from Dvorakova found the foot of Logue (2-1). Four big saves by goalie Emelie Taylor kept the Lady Bears ahead, ultimately resulting in a score of 2-1 at the half.

The beginning of the second half saw both teams’ neck and neck, but with six minutes remaining, Logue struck with her second goal of the game (3-1). Campbellsivlle was resilient on offense, lessening the gap with a goal to make the score 3-2. TMU gained momentum in the final two minutes, when Sydney League found the back of the net, along with a second goal from Dvorakova, to make the final score 5-2.

The Lady Bears are set to face the winner of No. 1 Spring Arbor vs. No. 4 Ohio Valley Saturday, with a kickoff time set for 2:00 p.m. ET.