No. 23 Lady Bears suffer elimination in NAIA opening round 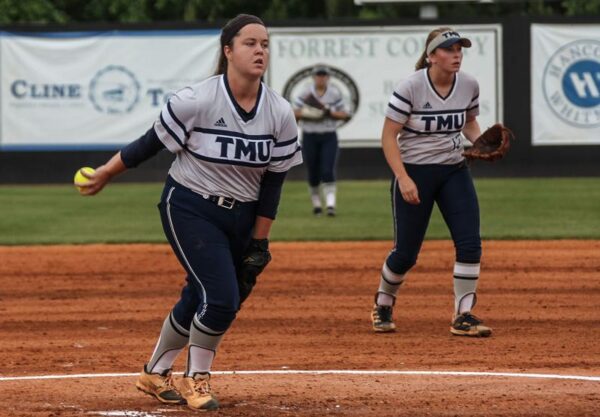 (HATTIESBURG, Miss.) – After defeating No. 2-seeded Central Baptist College on Monday, the No. 3-seeded Truett McConnell University softball team suffered elimination in the Hattiesburg Bracket after back-to-back losses on Tuesday in the NAIA National Championship Opening Round. TMU (32-16, 21-5 AAC) lost to No. 4 University of Houston-Victoria 5-3, who is currently on a seven-game winning streak, and fell 5-1 to Central Baptist, who improved to an overall record of 34-14.

In case you missed it, this is TMU’s third consecutive trip to the NAIA National Championship Opening Round.

GAME ONE 3-5
After a quick three-up three-down outing by Bethany Hyde in the top of the first, Sara Sullivan and Briley Lawson reached base in the bottom of the first on a hit by pitch and misplayed grounder. Mattie Brooks followed up with a triple to deep right-center to drive home Sullivan and Lawson (2-0). TMU went on to leave two on base in the second before Houston-Victoria scored their first run in the third (2-1). B. Lawson sparked the bottom of the third with a leadoff single to right for TMU but was left on base, while the Jaguars took the lead for good in the fourth with two more runs (2-3). Houston-Victoria added one more run in both the fifth and sixth innings (2-5) and the Lady Bears were unable to fully recover. The Lady Bears rallied in the bottom of the seventh after Alicia Price led off with her second bunted base hit of the game. Two more hits came to follow, including Lauren Barrett’s RBI single to right (3-5), but it proved not enough.

LEADERS
Overall, both teams accounted for seven hits. Price was perfect at the plate (2-for-2) with one walk and one run. Brooks went 1-for-3 with two RBIs, including a triple. Justine Kennington also went 1-for-3, while B. Lawson, Barrett and Ashleigh Lawson added one hit apiece.

GAME TWO 1-5
After two scoreless innings, Central Baptist got up on the board at the top of the third (0-1). Kennington fueled the bottom of the fifth for the Lady Bears with a triple to deep left before running home on Kozlowski’s single to shallow center to tie it up (1-1). The Mustangs responded right away at the top of the sixth with another run (1-2) before adding three more unanswered runs in the seventh (1-5). Most notable, Brooks hit a two-out double to deep right-center but was left stranded in the sixth. TMU rallied late in the bottom of the seventh after a leadoff Mikayla Sullens single to load up the bases, but the Mustangs ultimately held off the Lady Bears enough to avoid elimination.

LEADERS
Overall, the Mustangs recorded a total of 11 hits to TMU’s seven. Kozlowski led the way going 2-for-3 with the lone RBI, while Sarah Wills, B. Lawson, Brooks, Sullens and Kennington added one hit apiece.
Hyde made the start for TMU pitching 6.1 innings of 10 hits, two earned runs, two walks and five strikeouts. Hobbs relieved for 0.2 innings allowing one hit.