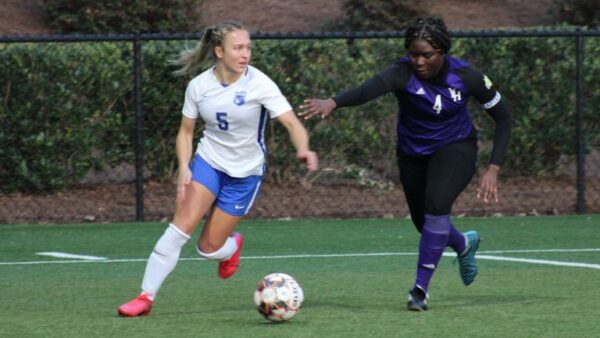 (ST. AUGUSTINE, Fla.) – The No. 22 University of North Georgia women’s soccer team fell on a windy Monday afternoon to No. 4 Flagler, 4-0.

Flagler scored late in the first half as Maria Castorino Mujica hit a shot from the top of the 18 that found the side netting to give the Saints a 1-0 lead.

In the 54th minute, the Saints doubled their lead on a Moa Arlebo shot into the left side of the net. 20 minutes later, Annie Habeeb scored on a free kick before Flagler finished the day with a 78th-minute goal from Jess Leach.

NOTES
– Flagler scored on their only three shots of the second half as the Nighthawks outshot the Saints, 6-3, in the second 45 minutes.

– The Saints are unbeaten in the last four games of the all-time series, going 3-0-1 over the past four meetings.

NEXT UP
North Georgia will look to get back on the winning side with a Thursday night matchup at USC Aiken with kickoff at 6:30 p.m.