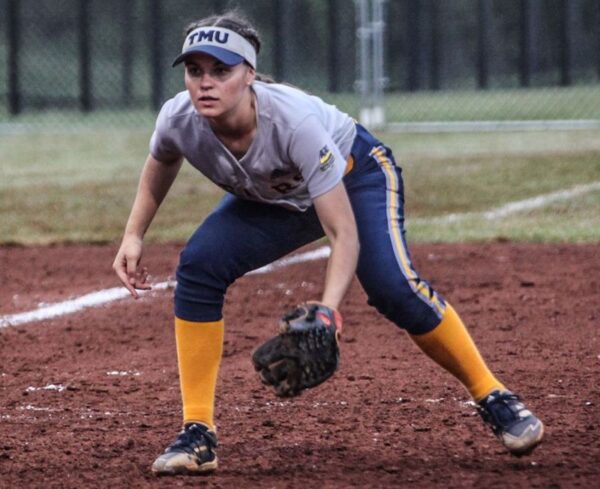 (KINGSPORT, Tenn.) – The No. 2-seeded, and No. 22 nationally-ranked, Truett McConnell University softball team avoided elimination in the Appalachian Athletic Conference Tournament with a 5-4 win over Tennessee Wesleyan University and 4-2 win over Point University, which put an end to both of their seasons. The Lady Bears improved to 31-13, 21-5 AAC on the year, while the Bulldogs finished at 22-15, 17-9 AAC and the Skyhawks ended with a record of 27-11, 18-8 AAC.

GAME ONE 5-4
Four innings went by before either team was capable of scoring despite the number of chances. The Bulldogs scored at the top of the fifth (0-1), but the lead was short lived as Mikayla Sullens sparked the bottom half with a left field single. Freshman Ashleigh Lawson put the Lady Bears out front for good with a single up the middle, which drove home Caroline Waters and Justine Kennington (2-1).

Bethany Hyde and the Lady Bears held TWU scoreless once more in the sixth before putting up three more runs of their own after a leadoff double deep down the right field line by Briley Lawson. Lauren Barrett scored pinch runner Kataryna Fuller with a single to center (3-1) before Sullens tripled to deep right center to score Barrett (4-1). Katherine Kozlowski capped off TMU’s explosive inning with an RBI single up the middle (5-1). The Bulldogs battled in the seventh to get back within one after a three-run rally (5-4), but TMU remained strong to ultimately clinch the win by a slim margin.

Pitcher Hyde made the start and earned the win after tossing 6.2 innings of seven hits, one earned run, four walks and six strikeouts. Karley Hobbs was credited the save after forcing a pop out with the final batter to fasten the win.

GAME TWO 4-2
Point scored right away at the top of the first (0-2) but that would be the last time the rest of the way. B. Lawson hit a two-out single up the middle in the bottom of the first and scored on a Brooks triple to deep center (1-2), but it was Kozlowski’s sacrifice bunt that tied it up (2-2) and Sullivan’s triple deep down the right field line that won the game for TMU in the bottom of the second (4-2). Hobbs and the Lady Bears proved their grit through the final five innings of the game forcing Point to leave a total of four batters on base, which ultimately resulted in a final score of 4-2.

LEADERS
TMU had nine hits to the Skyhawks’ six. Sullivan led the way with two RBIs (1-for-4) with a triple, while Brooks and Kennington went 2-for-3 with one triple apiece. A. Price also went 2-for-3, while A. Lawson and B. Lawson added one hit apiece.