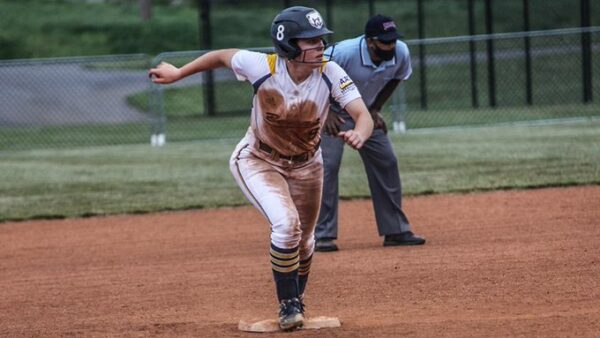 (KINGSPORT, Tenn.) – The No. 22 Truett McConnell University softball team had a one-run lead against No. 3-seeded Reinhardt University heading into the seventh inning, but the No. 2-seeded Lady Bears ultimately fell 8-7 in the semifinals of the winner’s bracket in the Appalachian Athletic Conference Tournament on Wednesday evening. TMU fell to 29-13, 21-5 AAC on the season, while the Eagles improved to 39-11, 20-6 AAC.

TMU is now set to face No. 5-seeded Tennessee Wesleyan University at 1:00 p.m., in an elimination game at the Brickyard Ball Fields. If the Lady Bears win, TMU will play again at 5:00 p.m.

THE LATE DECISIVE INNING
The Eagles got on the board right away in the first with a homer over the left field fence (0-1), but the Lady Bears immediately matched it in the bottom of the first. In fact, TMU scored in all but one inning the rest of the way. Freshman Ashleigh Lawson led off with a walk, advanced to second on Sara Sullivan’s sacrifice bunt and scored on Briley Lawson’s batted ball that caused a defensive error (1-1). The bottom of the second saw the Lady Bears take the lead on A. Lawson’s centerfield single (2-1), but the Eagles got back out front in the third with three runs of their own (2-4). Justine Kennington singled up the middle to drive home Mattie Brooks in the third (3-4), but it was the fourth inning that saw TMU get back out front.

Alicia Price fueled the fourth with a leadoff infield single and scored on B. Lawson’s batted ball (4-4) before Brooks’ double to shallow left-center put TMU ahead (5-4). The Lady Bears scored again in the fifth on Price’s single to short (6-4) and Reinhardt matched it in the sixth (6-5). After holding the Lady Bears scoreless in the sixth, the Eagles rallied in the seventh to ultimately clinch the win with a three-run rally (6-8). A. Lawson doubled to deep right-center to drive home Price (7-8) in the bottom half, but it proved not enough as TMU was handed their first loss of the double elimination AAC tournament.

LEADERS
Overall, TMU recorded a total of 13 hits to Reinhardt’s 11. A. Lawson led the way going 3-for-4 with two RBIs, two runs and a double. Brooks and Price also went 3-for-4. Brooks tallied one run, one RBI and one double, while Price had two runs and one RBI. Sullivan, B. Lawson, Ellie Abner and Kennington added one hit apiece.

The three-time AAC pitcher of the year, Karley Hobbs, made the start and recorded three strikeouts. Bethany Hyde relieved for 0.2 innings to record one strikeout.