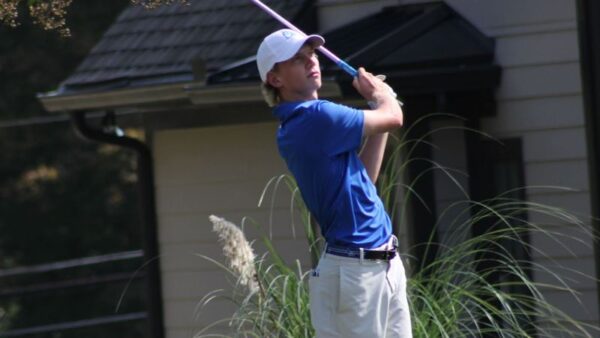 (KIAWAH ISLAND, S.C. )- After shooting 1-under in the opening round, the No. 19 University of North Georgia men’s golf team fired a 6-under 282 as a team to tie the single round team scoring record Monday. The Nighthawks sit in a tie for eighth after 36 holes.

North Georgia is 11 shots off the pace set by Erskine. No. 9 Lee is one shot back of the Flying Fleet at 17-under, followed by West Georgia, Belmont Abbey and No. 10 USC Aiken to round out the top five. UNG is four shots back of the Pacers for the top five.

Individually, Stephen Kinsel and Hughes Threlkeld sit in a tie for 20th at 2-under for the tournament. Noah Zediker is at 1-under, while Grant Crowell and Sam Gargis are even par through 36 holes.

In the second round, all five Nighthawks shot at or below par on the way to tying the 18-hole record. The 1-under 287 is just outside the top five scores for a single round all-time.

North Georgia will wrap up the season opening tournament Tuesday.