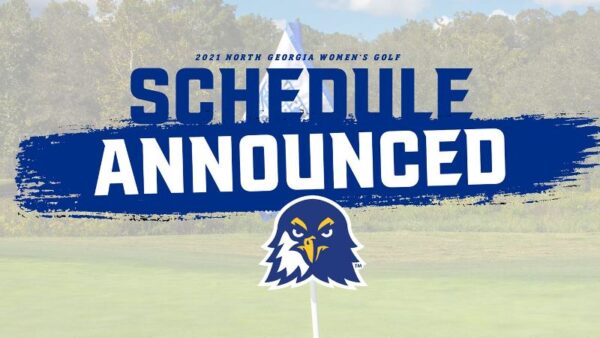 DAHLONEGA – The No. 18 University of North Georgia women’s golf team has announced the four tournaments they will compete in during the fall semester, kicking off the season next week on the road.

The Nighthawks will hit the road September 13-14 at the UIndy Invitational in Carmel, Indiana. The road swing continues for UNG the next week as they will head to Denton, Texas, for the DBU Women’s Classic September 20-21.

After a couple of weeks without a tournament, North Georgia will play host to the 8th Annual LeeAnn Noble Memorial at Achasta Golf Club October 11-12 before wrapping up the fall season at the Rollins Legends Invitational in Orlando October 25-26.

Last season, the Nighthawks sent Megan Sabol and Maddie Ananthasane to the NCAA South Regional before the latter became the first women’s golfer in program history to qualify for the national finals.