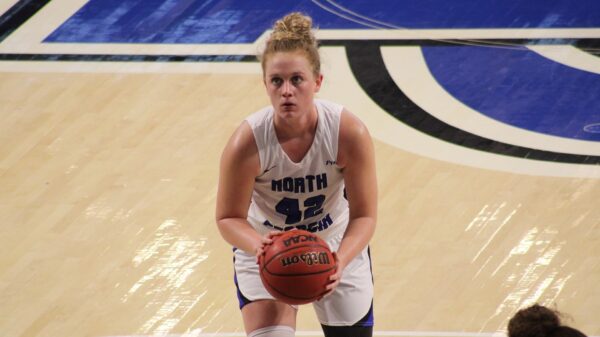 (DAHLONEGA) – Julianne Sutton posted a double-double as the No. 16 University of North Georgia women’s basketball team extended the third longest home winning streak to 30 games with a 67-56 win over Flagler Wednesday afternoon inside the UNG Convocation Center.

The Nighthawks led for the entirety of the contest, scoring the first basket of the game just seconds into the contest. After Flagler tied it up at 2-2, UNG went on a 10-0 run capped by an Abbie Franklin three pointer to seize control of the game.

Flagler did not go quietly, cutting the lead to one after a 9-0 run in the third period made it 40-39 before North Georgia answered with a 9-0 run of their own to regain a 10 point advantage.

– Josie Earnhardt added 15 points for the Nighthawks on 4-for-11 from behind the arc. Abbie Franklin contributed 11 points, putting her at 994 career points. Lacie McCoy put up 10 points off the bench. Kara Groover pulled down seven rebounds, putting her one rebound away from career board No. 500.

NEXT UP
The Nighthawks will host Francis Marion on Saturday with tipoff set for 3:30 p.m.