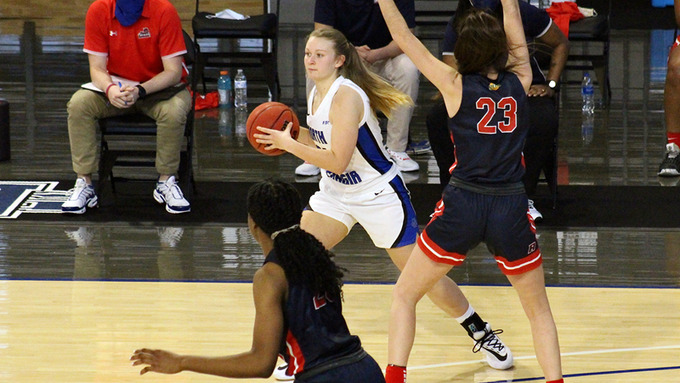 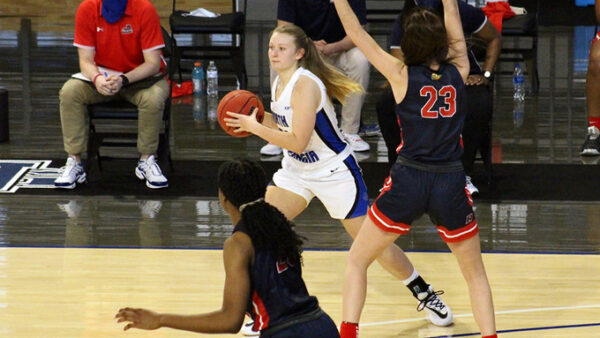 (DAHLONEGA) – A pair of new faces led the No. 16 University of North Georgia women’s’ basketball team to a 70-51 win over USC Aiken in the home opener Saturday. Caroline Martin and Josie Earnhardt combined for 31 points in the win.

The Nighthawks didn’t gain their first lead until the 3:35 mark in the first quarter when Martin hit her fifth free throw of the period. From there, UNG quickly extended their lead out to 10 early in the second period and never lost the lead.

The Pacers cut the lead to as few as four on three occasions, but the Nighthawks answered each time, including an 11-0 run midway through the third quarter that put the game away for good.

NOTES
– Martin finished with 16 points, including going 12-for-14 from the charity stripe. Earnhardt hit five threes to get to her 15 points, all off the bench. Abbie Franklin was the only other Nighthawks to reach double figures with 11, while Kara Groover was both a point and a rebound short of a double-double.

– North Georgia extended its home winning streak to 29 games. That streak is the fourth-longest in the nation, behind Lubbock Christian, Drury and Kentucky Wesleyan.

– All nine Nighthawks that saw action ended up in the scoring column.

NEXT UP
North Georgia will welcome Carson-Newman to the UNG Convocation Center on January 2 in the final non-conference game of the regular season.