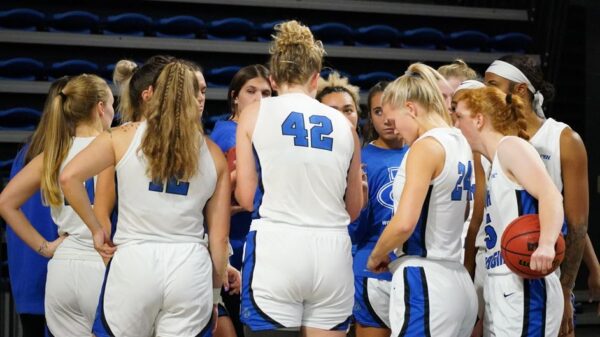 (ST. AUGUSTINE, Fla.) – Julianne Sutton recorded her 23rd career double-double as the No. 14 University of North Georgia women’s basketball team finished up their pre-holiday schedule with a 75-59 win over Flagler Friday afternoon.

After the Nighthawks led after 10 minutes of play, Flagler took a 24-13 second quarter to take their largest lead of the night at seven points going to halftime.

UNG started the second half on a 10-0 run to retake the lead in the first four minutes of the third quarter and held on to the lead, stretching it to as many as 18 in the second half.

NOTES
– Sutton recorded 22 points and 15 rebounds for her third double-double of the season.

– Four other Nighthawks were in double figures with Abbie Franklin putting up 15 and Jamari McDavid with 11. Both were single rebounds away from a double-double, while Franklin needed just three more assists to get double figures in that category. Josie Earnhardt and Caroline Martin each had 10.

NEXT UP
North Georgia will return to action with a December 30 matchup against Reinhardt in Dahlonega. Kickoff is set for 3:30 p.m.