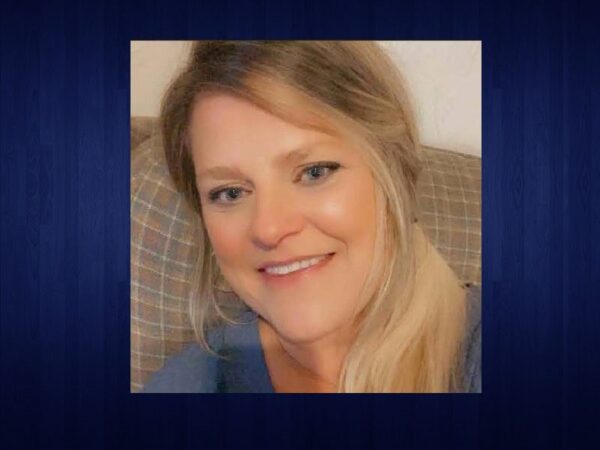 (Commerce)-A woman who went missing in Banks County last week has been found dead. Deputies discovered the body of 42-year-old Amanda Hall  Wednesday while searching for her in a heavily wooded part of the county.

According to a post on social media, the sheriff’s office says deputies were conducting a grid search near where she was last known to be when they found her body. Criminal investigators and the Banks County Coroner’s Office are working to determine the cause and events surrounding her death, the post states. 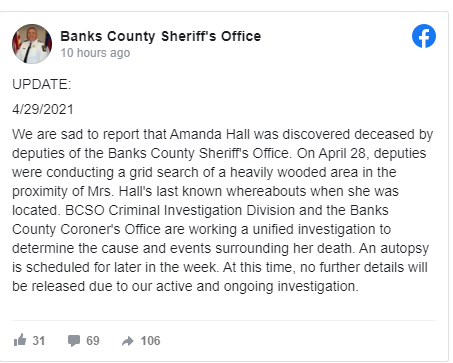 Banks County resident Lelonie Ayers captured video of a helicopter searching the area near her home on Hawkins Road on April 26, three days after Hall was reported missing. In that video, Ayers states that Hall’s car was found abandoned at the end of the road. “Deputies came asking if we had seen anything suspicious,” she said.

It’s unclear if that is the same area near where Hall’s body was found. Officials are not releasing any other details at this time, stating the investigation is “active and ongoing.”

According to the sheriff’s office, Hall was originally from Baldwin County and had ties to White County.