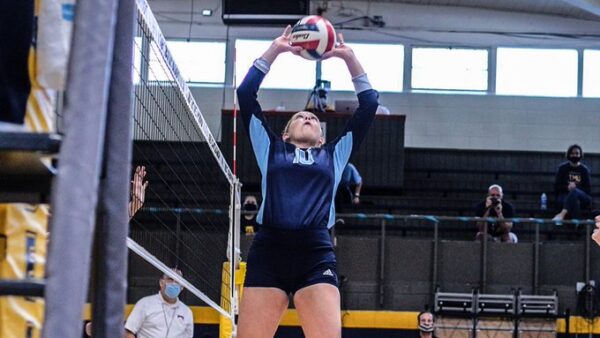 (CLEVELAND) – For the third week in a row, Abby Maxwell has been named the Appalachian Athletic Conference setter of the week, announced the league Monday. This is the first time in TMU history that an athlete has ever earned an AAC weekly award for three weeks straight, and this is Maxwell’s sixth career AAC weekly honor.

The senior recorded her fifth double-double of the season on Tuesday when the Lady Bears clinched a big AAC win at Point University in four sets. Maxwell was credited 36 assists, for the third straight match, and recorded a total of 16 digs.

Maxwell currently leads the AAC with a season total of 210 assists, which ranks 27th nationally, and ranks 14th nationally with an average of 9.13 assists per set. The senior captain is also averaging 3.26 digs per set, which is the team’s second-best. Maxwell’s current career assist total sits at 2,693, and she is 83 digs shy of reaching 1,000 career digs. Maxwell’s season high is 50 assists and career high is 56, which she recorded in the 2019 season.

Catch Maxwell and the Lady Bears back in action on Tuesday, Oct. 6, at 6:30 p.m., inside the TMU Volleyball/Wrestling Arena when they host AAC foe St. Andrews University.