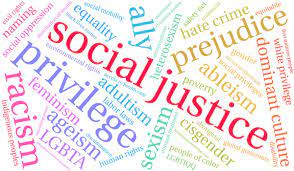 (Cleveland) Is the teaching of critical race theory and Social Justice being injected into White County Schools?  A group, Citizens for Transparent Education,  says that it is and they met Tuesday night in Cleveland at The Sunflower Restaurant to play how they will confront local school officials about it.

A Spokesman for the group James King says,  “Once the citizens of White County realize that Critical Race Theory is not a threat to White County, but is actively  in the schools now, “ they will express their concern.

Critical Race Theory according to some is designed to divide, alienate, destroy and bring revolution as well as implement a communist type rule.

The group points to meetings held over the past year by a group of school officials who were identified as  “Warriors for Social Justice”.  Dr. Burkett said that group met to simply talk about what was going on in the world and express their feelings, “ it had nothing to do with students or curriculum, it was our teachers just processing what was happening in the world.”

Even so, King says the group has a plan of action “ I intend to present this information to the board directly at the July 27th  meeting and hopefully they will respond in a way that the parents will find acceptable and reassuring moving forward, “ said King