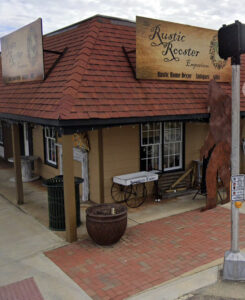 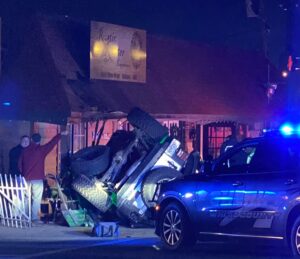 According to state troopers, 27-year-old Levi Flake of Dahlonega was fleeing from Lumpkin and White County deputies in a Jeep Wrangler on GA 115 at around 6:40 p.m., when he struck the front end of a Chevrolet Impala being driven by 32-year-old Maria Rivera-Rodriguez of Cleveland as she attempted to turn left onto US 129.

After the impact, the Jeep being driven by Flake overturned, then struck a D.O.T. crosswalk sign, crashing into The Rustic Rooster Shop, located on the square. The building had significant damage to the roof. 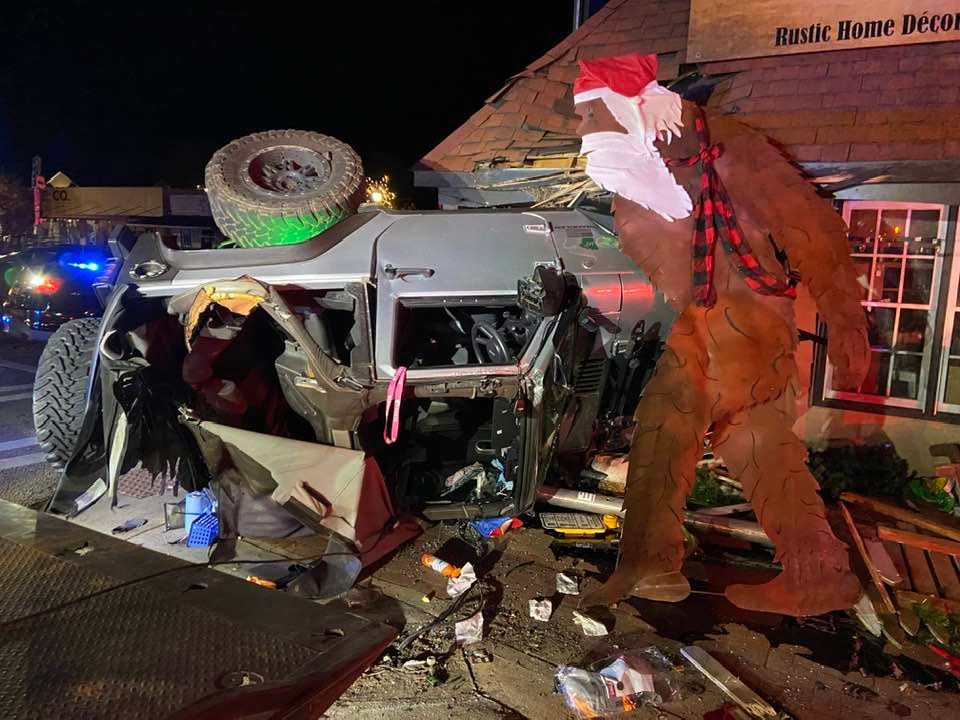 No information was provided as to whether “Bigfoot” suffered any injuries.

Flake was hurt in the crash but his injuries were unknown, and Rivera-Rodriguez suffered minor injuries. There was a passenger in the Impala, 73-year-old Jose Rodriguez of Guymon, Oklahoma, however, he was not injured. No information was provided as to whether “Bigfoot” suffered any injuries.

Information wasn’t immediately available as to why officers were chasing Flake but the GSP says all charges will be handled by the White County Sheriff’s Office. Joy Purcell with NowHabersham assisted with this report.