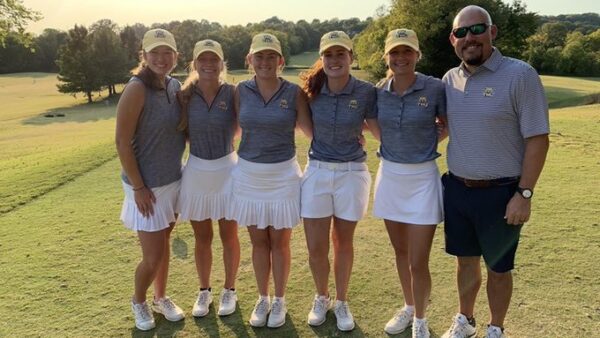 Freshman Madison Panter found herself in the top five after the first 18 with a 78, however, seniors Kiley Blackburn and Teagan Lovingood rose to the occasion on day two to lead the Lady Bears tied for ninth. Blackburn shot a 79 on the first 18 and an 85 on day two, while Lovingood shot an 80 day one and finished day two with an 83. Panter finished the last 18 with an 85 to tie for 11th, along with fellow freshman Grace Lansdell, who tied for 22nd shooting an 86 and 85. Senior Faith Reddick finished the first 18 with an 83 and carded an 92 to round out TMU’s results.

In case you missed it, the Lady Bears previously won their first ever tournament in September.