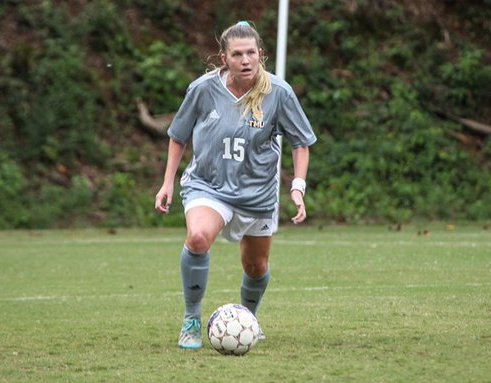 Although the Bulldogs took the first shot of the game, junior Sydney League slipped sophomore Madison Wright in to score the winning goal just eight minutes into the game (1-0). The Lady Bears recorded five more shots throughout the rest of the first half, while holding TWU to a total of two, but TMU picked up the pace in the second half. The final 45 minutes of regulation saw the Lady Bears outshoot the Bulldogs 11-3. In fact, TWU’s two shots did not take place until the closing eight minutes of the game.

Up next, the Lady Bears hit the road for one more AAC game on Wednesday, Oct. 14, at Columbia International University, before returning home to host Milligan College on Saturday, Oct. 17, at 5:00 p.m.