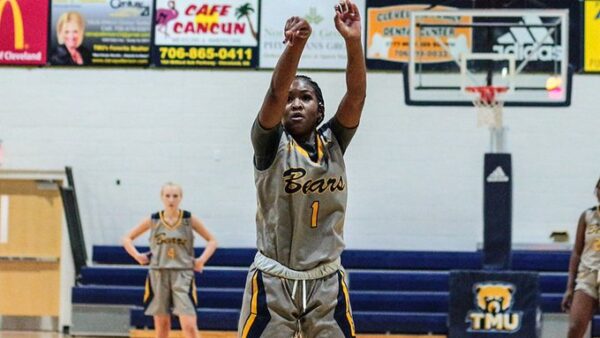 (GRAYSON, Ky. ) – The Truett McConnell University women’s basketball team took their biggest road trip of the season to Kentucky Christian University on Tuesday for the first Appalachian Athletic Conference contest of 2021. After a slow start by TMU in the first quarter, the Lady Bears fell to the Knights 68-46, which put TMU at 5-8, 2-8 AAC and KCU at 3-6, 3-4 AAC on the year.

The first 10 minutes of the game saw the Lady Bears dig themselves a hole falling behind by 10 (7-17). A few made baskets by TMU, however, allowed them to get within seven multiple times throughout the second quarter but that would be the last time TMU got within single digits as it was only up from there for KCU. Though the Knights led by as much as 21 in the third, TMU picked up the pace to only be outscored by two in the fourth. However, the deficit proved to be too big for the Lady Bears to recover from.

Up next, the Lady Bears return home to the Benjamin F. Brady Arena for six straight games. First TMU will host AAC foe Bryan College on Saturday, Jan. 9, at 2:00 p.m.