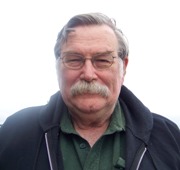 One person, 43-year old Linda St. Peters of Suches, was killed. St. Peters was working in the kitchen at the ranch. Seven other people were injured. According to Bill total estimated damage in Lumpkin County was $2.5 Million.

That was one of several tornadoes that day that accounted for some $50-million in property damage across Georgia. Six people were killed and 153 were injured.

This information is included in a new book that Bill is working on called “Notes on Georgia Mountain Natural History.”