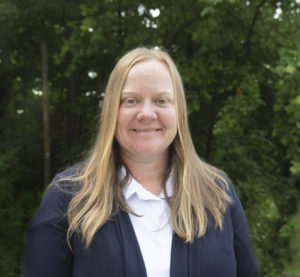 “Coach Shepard is the quintessential candidate for Vice President of Athletics,” said Dr. Emir Caner, President of Truett McConnell University. “As our Athletic Director over the past three years, she has led our programs into national prominence all-the-while leading our athletic programs to be even more biblically distinctive.”

“Her tireless work ethic and faithful walk with the Lord ensures our student athletics will reach new heights in the realms of academic scholarship, discipleship, and competitiveness. Her visionary leadership will also give TMU the ability to expand into new sports including tennis and life sports,” said Caner.

Under Shepard’s tutelage, the Bears have garnered six first team all-conference, six second team all-conference, five freshman team, three defensive team, and three conference tournament team recipients. In that time, the Bears have been members of the AAC, twenty-one players were awarded AAC All-Academic Team recognition, while ten were named NAIA Scholar Athletes. During her tenure, Shepard has seen the program grow from an inaugural team, which competed as a junior college, to a NAIA program which competes as a member of the AAC (American Athletic Conference). Shepherd makes it a priority to be a Godly example to her players and coaches in a way that fosters spiritual growth among each individual player.

“I have known and worked with Coach Shepard for 16 years now,” said Coach David McDowell, TMU Women’s Head Soccer Coach. “She is one of the hardest workers I know and is very thorough in what she does. Her leadership style is one that I appreciate because she trusts those that work for her, but she is always challenging us to be better. She is compassionate and a person of high integrity. She will be a tremendous person for this role.”

As new VP for Athletics, Shepard will oversee all coaches, teams, the Bear Club, all game day activities and all matters that appertain to the administration of the athletics department at Truett McConnell University.

She will serve on the Executive Cabinet and answer directly to the President. In addition, the Vice President for Athletics is also responsible for providing leadership to ensure that the TMU Department of Intercollegiate Athletics has a highly competent and spiritually mature coaching, administrative, and support staff consistent with the mission of Truett McConnell University, as well as, for fostering an environment of success within the department.

“Her servant-leadership, humility, character, and work-ethic evince her strengths which have not gone unnoticed,” Vice President for Academic Services Dr. Brad Reynolds. “These strengths will bless TMU even more as she extends her realm of influence.  This is one of those demarcation decisions which will inevitably help to usher in the next level of growth for our beloved university.”

“Jenni Shepherd has been the best Athletic Director I have served with, and I look forward to her being a part of our cabinet moving forward,” said Vice President for Student Service Mr. Chris Eppling.

“When I began my career at TMU,” said Shepard, “I was young (23 years old) and throughout my time here, I have fallen in love with this institution. I have grown personally and, in my faith. What I love most about this University is the vision to prepare our students to fulfill the Great Commission by sharing and defending the Gospel.”

“I love the opportunity to interact with and influence the young people of tomorrow in a positive way for Christ,” Shepard added. “I would like to thank Dr. Caner and the Board of Trustees for this opportunity and for believing in me to join the administration. I am excited to continue to develop and grow our athletic programs.”

Shepard is married to Josh, and has 9-year-old twins, Jack and Zoe.

Jenny Gregory is the Assistant Director of Content Marketing at Truett McConnell University.