Helen Chamber of Commerce Will Apply for COVID-19 Aid 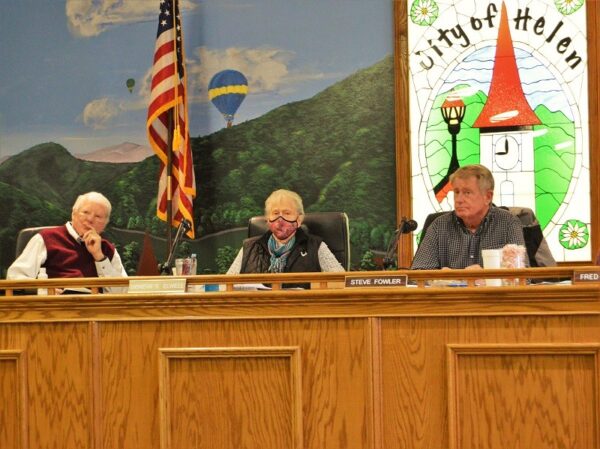 (Helen)– The Helen Chamber of Commerce will apply for federal funding to offset income loss caused by the Coronavirus pandemic.

“We are considered a venue,” said Helen Chamber Executive Director Renee Green. “The office is still open every day, Monday through Friday, but the Festhalle being a venue is still closed.”

Because the Festhalle is a venue, events there have been canceled since the beginning of the pandemic.

“We did not apply for any monies out there, PPP stuff, last year,” Green said. “At the end of 2020, the federal government did approve money specifically for closed venues, which is us. I check it daily. It’s not open for applications yet, but as soon as it’s a go then we are going to apply for whatever is out there.”

The Helen Chamber of Commerce will hold its annual trout tournament on March 27 since it is an outdoor event.

“We actually already have our permit for the tournament this year,” Green said. “Right now, that’s still a go.”

Indoor events, however, remain canceled until the state relaxes its restrictions.

Green said not only does the Festhalle have to comply with the governor’s guidelines as the season arrives to re-start its Bingo nights, but also the guidelines put in place by the Georgia Bureau of Investigation, which regulates those games.

“Actually, somebody else just got shut down yesterday because they’re not following the guidelines, so Toccoa is closed right now,” Green said. “We can only physically have five extra people in there to play Bingo, and unfortunately it’s just not worth opening for five people.”

Green said the Chamber also is faced with making hard decisions when it comes to allowing annual rentals to groups to reschedule for the summer months, the city’s busy time.

One such group is a car club that regularly visits and requested to move its event from April to June or July.

“We give up a night of Bingo for them to come,” Green said, but the Chamber board has voted against giving up a Bingo night in June or July for that club to rent the facility.

“We’ve lost a whole year’s worth of revenue, so to give up $3,000 at this point, we can’t do that,” Green said. “Every penny counts right now. I’m not spending it, so certainly the second we can start generating some revenue again is a good day.”

Green made her remarks during her monthly report at Tuesday’s Helen City Commission meeting.