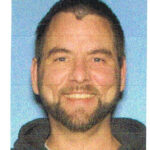 Local – Authorities are asking for the public’s help in locating a man wanted in association with a Monday fire at a North Georgia hotel.

In a news release today, Insurance and Safety Fire Commissioner John F. King announced that 44-year old Habersham County resident, Shawn Harkness is wanted on charges of 1st Degree Arson relating to a fire at the Days Inn off of Level Grove Road in Cornelia.

The incident occurred at approximately 4:47 p.m. on Monday, and upon investigation, an agent with the State Fire Marshal’s office determined that the fire originated in the facility’s storage room and was caused by a human act.

According to Commissioner King, the 32-year-old hotel had 11 of the 40 rooms rented at the time of the fire, and after interviewing witnesses, agents determined Mr. Harkness to be the primary suspect.

In coordination with the State Fire Investigation Unit, a reward of up to $10,000 is offered by Georgia Arson Control for information that leads to the arrest and conviction of those responsible for arson, and anyone with information about the suspect’s whereabouts is invited to call the hotline at 1-800-282-5804. This hotline operates around the clock and callers can remain anonymous.

At this time, Mr. Harkness has not been apprehended, and we are asking for the help of the community and surrounding areas in bringing him to justice.”

Commissioner King’s Fire Investigation Unit is assisting the Cornelia Police and Fire Departments with this investigation. 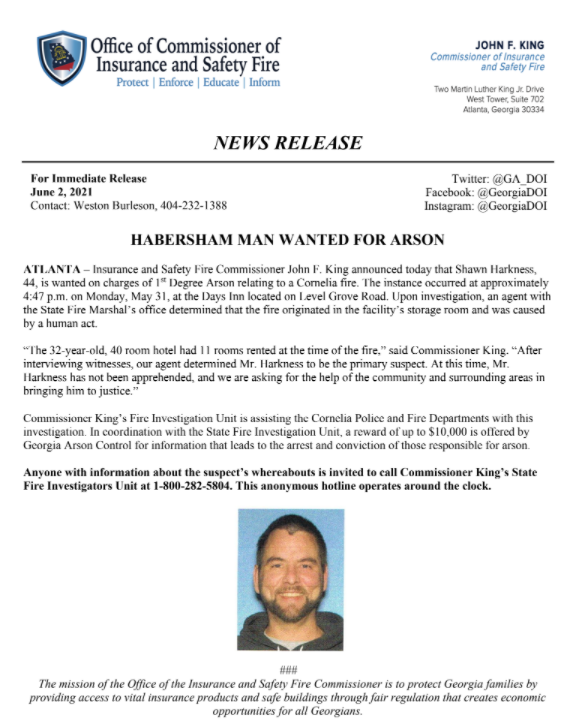