Freudenberg-NOK Is A GEAR Award Winner 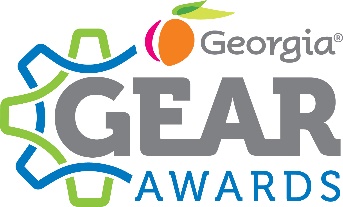 (Atlanta)- The Georgia Department of Economic Development has announced five companies have been awarded a  2020 Georgia Emerging Automotive Recognition or GEAR  Awards.  Cleveland’s Freudenberg NOK Sealing Technologies was among those.

Previously known as the Georgia Automotive Awards, the updated GEAR Awards, for 2020 and beyond, are designed to recognize the forward movement in the state’s automotive and mobility industries through innovation and emerging technologies.

According to a news release from GDEG, nominations for companies from across the state were reviewed by a diverse committee of experts who retain a deep understanding of the automotive and manufacturing industries.

Freudenberg NOK received the  Citizenship Award because of the company’s service to the community through several initiatives. A few include Freudenberg’s engineers assisting with ‘Rocket Day’ at White County Middle School, donating funds to White County Middle School’s engineering program, planting trees with the 4-H, and more. The company has had operations in Georgia for more than 30 years and employs roughly 1,200.

Also receiving awards from northeast Georgia were Nifco KTW America, in Toccoa, and Kubota Manufacturing of America Corporation in Gainesville.