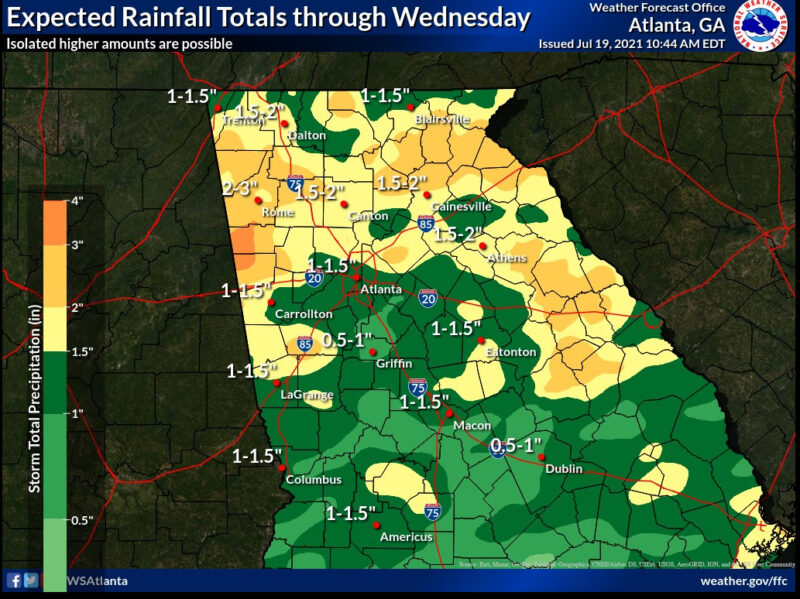 (Peachtree City)- The National Weather Service has extended the Flash Flood Watch for much of North Georgia until 10 PM tonight.

The National Weather Service says a  stationary front draped across the area will bring periods of moderate to locally heavy rainfall through this evening. New rainfall amounts of 1 to 2 are possible, with locally higher amounts. This area has recently received between 1.5 to 4 inches

of rain, with locally higher amounts of up to 5 inches, since  Monday morning. With already saturated soils, quickly accumulating rainfall could easily allow for efficient runoff and an increase in flash flood potential, especially along creeks, streams, low-lying, and poor drainage areas.

You should monitor later forecasts and be prepared to take action

should Flash Flood Warnings be issued. If you encounter running

water over roadways, find an alternate route and remember to turn