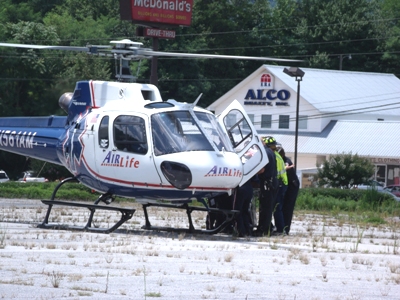 A White County man was transported by helicopter to Grady Hospital in Atlanta  Thursday afternoon after receiving burns over approximately 40 percent of his body.

Cleveland Police Chief John Foster said the man, believed to be in his mid to late 40’s was burning items at his home  in the county and fell into the burn pit.

A female, believed to be his wife, transported him to the fire station in Cleveland.

Foster said, “ our firemen starting working with him, they called EMS and EMS called life flight. “  The name of the victim was not known.