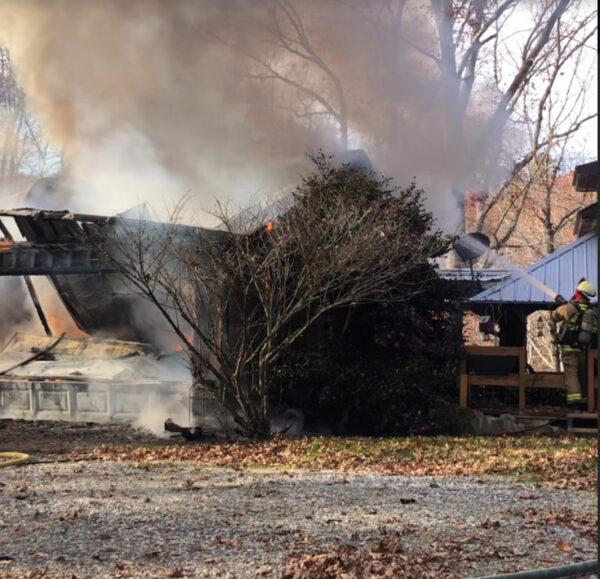 (Cleveland)- White County Fire officials say there were no injuries as a result of a residential fire Tuesday.

White County Fire Chief Seth Weaver said, the fire at 125 Nonquit Drive east of Cleveland heavily damaged a garage and apartment attached to the residence at the location. Other areas of the home received smoke and water damage.

Fire units were dispatched just before 3 PM and when they arrived found fire and smoke coming from the building, plus there was a woods fire adjacent to the home.  The woods fire burned about an acre, with the flames being fanned by the wind.

According to Chief Weaver there is nothing suspicious about the fire but the State Fire Marshalls office is investigating to determine the origin.