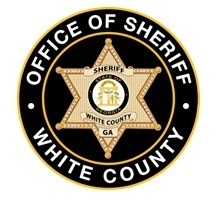 (Cleveland)-  The White County Sheriff’s office has requested the assistance of the Georgia Bureau of Investigation in their probe of the death of a  Sautee man Tuesday morning.

A news release from Sheriff Rick Kelley said Tuesday morning around 4:50 AM deputies responded to a domestic call on Boco Hills Road in Sautee.

The sheriff said during the incident there was a physical altercation between a father and son, as a result of the altercation, the son, 34-year old Anthony Orem Chambers died at the scene from a gunshot wound.

The Sheriff’s Office Investigators requested the help of the GBI Crime Scene Unit.

The case is ongoing and Sheriff Kelley advised, it appears the shooting was in self-defense, there have been no charges filed at this time.