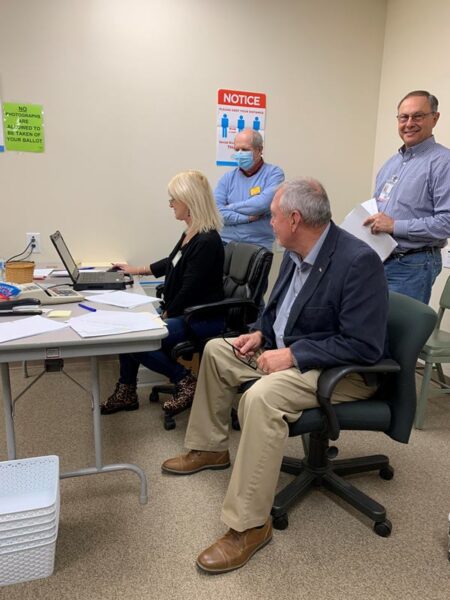 (Cleveland)- The audit of the November 3rd presidential election ballots in White County has been completed.  The county opted to do a three-phase system with an audit of the absentee ballots last Friday, early voting ballots Monday and Tuesday the election day ballots were checked.

When it was all over Election Superintendent Garrison Baker announced,  ” our results are exactly what we certified to the secretary of state last week, so our vote totals didn’t change,  the audit clearly shows that our system is working properly and I’m satisfied with the result.”

Even though the actual numbers didn’t change Baker said they did have one vote that switched from Trump to Biden and another flipped from Biden to Trump.

This was quite a challenging process for election officials but Baker expressed his pleasure in how the crew worked to get the job done.

The audit results from White County was officially transmitted to the secretary of state’s office just after two PM Tuesday.

According to Baker now that this process is complete they can’t totally relax. Once the results for the state have been certified, which must be done by Friday,  a losing candidate can request a recount and they could be back counting again, but the next time they can use the electronic system to do that, which is easier and much faster.