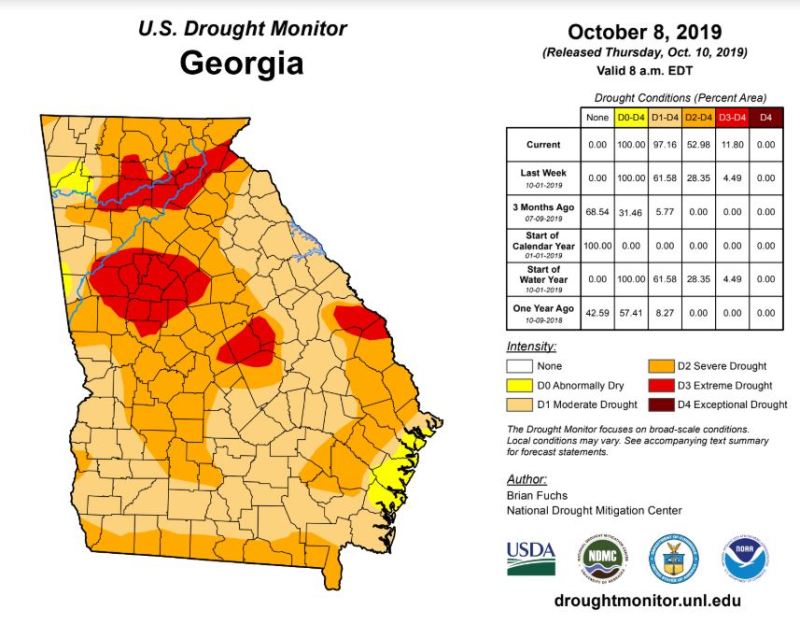 According to Bill last week, the upper third of White County was in D-ONE “Moderate Drought” status. This week, the northern two-thirds of the county is in a D-TWO “Severe Drought” status and the southern third is still in a D-THREE (“Extreme Drought”) status.

Even with the  few times, we received some rain in the past week it wasn’t enough to have any effect on the drought situation.

The National Weather Service at Peachtree City has issued a new Drought Information Statement and it says for the rest of October the outlook for North and Central Georgia is for above-normal temperatures and below-normal precipitation.  The 90 outlook is for above-normal temperatures and for most areas, equal chance of above or below normal precipitation.

Bill said the surface and groundwater levels in the area remain well below normal.