Despite Coronavirus, Winter Heat making a dent in drug dealing in Helen 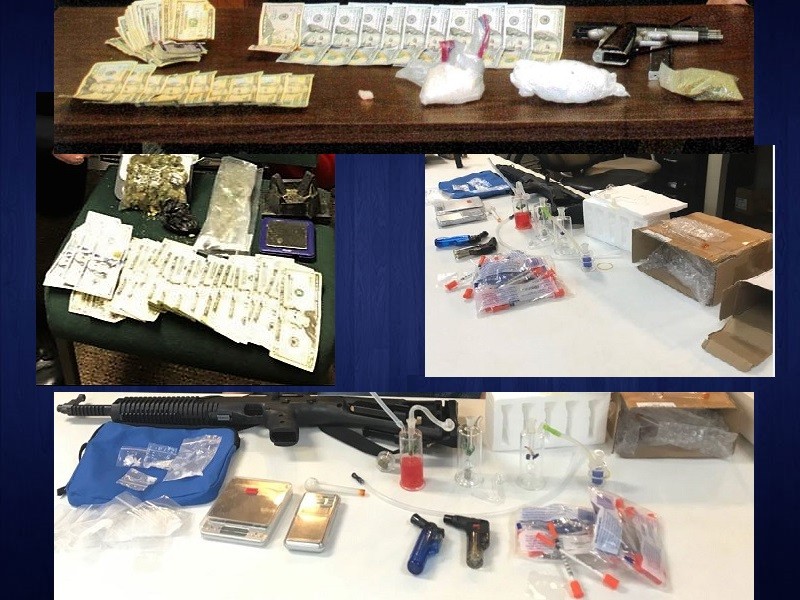 (HELEN) – Helen Police Chief Brian Stephens and his officers have a message for drug dealers: stay out of the Helen.

Despite the shutdown that resulted from the COVID-19 pandemic, Helen police officers have conducted Operation Winter Heat, a concentrated effort to take down the drug suppliers in the city.

The operation started in the winter, building intelligence on the suppliers and the dealers, and subsequently netting nearly two dozen arrests. Only five of those were for misdemeanor possession of marijuana.

“It was a very good operation,” said Helen Police Chief Brian Stephens. “We targeted the drug dealers coming into town that were supplying the local drug dealers. We’ve made some good arrests based off of it. The intel that we received from it is invaluable.”

“If we arrest you and you’re involved in narcotics and you have the drugs, we’re going to go after anything that you’ve gotten the items with drug money from selling drugs – vehicles, weapons, money – anything that you’ve got, we’re coming after,” Stephens said. “And we’ll take it to state level, we’ll take it to federal level. We’re going to shut you down. You need to stay out of the city of Helen.”

Two of the vehicles are specialty automobiles that are last year’s model.

“Right now, we have three vehicles under seizure,” Stephens said. “We have some weapons … and we also have some currency where we’ve started some seizure paperwork on.”

Federal authorities are working with Helen Police Department to prosecute the cases.

“Some of the cases that we’ve made, we’ve taken them to the federal level through the [Bureau of] Alcohol, Tobacco and Firearms and they have agreed to pick up the cases and that’s where we’re at now with those,” Stephens said.

Stephens said officers are confident there would have been more arrests had the coronavirus pandemic shutdown not occurred.

“With this COVID-19 hitting, it’s kind of put a cramp in the middle of everything,” Stephens said. “We’re still out there, but of course the crowds aren’t with us as much now as they were, but we’re still hot and heavy on the dopers.”

As amusement operations and other businesses continue to reopen in Helen over the next couple of weeks, crowds are expected to increase.

“We want to send a loud and clear message: If you deal or use drugs, stay out of Helen,” Stephens said.