Continued Influx Of Out of County Visitors Poses Challenges For Officials 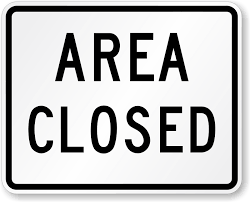 (Cleveland)- Another weekend in northeast Georgia and another weekend with local officials dealing with the influx of people outside the area coming in and in many cases not heeding the closing of hiking trails and recreation areas.

During a called teleconference meeting Monday the White County Board of Commissioners heard from White County Sheriff Neal Walden and County Emergency Management Agency Director David Murphy who told the commissioners that they witnessed the visitors ignoring the shutdown area.

One of the areas shut down is the county’s Yonah Preserve trails and last Friday someone pried open the locked gate at the trailhead.  Murphy said the forest service had officers posted at Yonah Mountain and Raven Cliffs turning around several vehicles.

Sheriff Walden said, “ we’re doing the best we can.”  He said we don’t want to have those folks coming in from Atlanta and if we have to arrest them infecting our jail and costing the county extra funds to isolate them.

White County still has only one COVID-19 confirmed case and Commission Chairman Travis Turner says we would like to keep it that way,” if I was in Atlanta I’d like to get out of Atlanta myself, however, they have been given an order to shelter in place and any other time we would like to see the tourism, but right now for the next 2-4 weeks stay at home and don’t bring it up here to us, “ commented Turner.