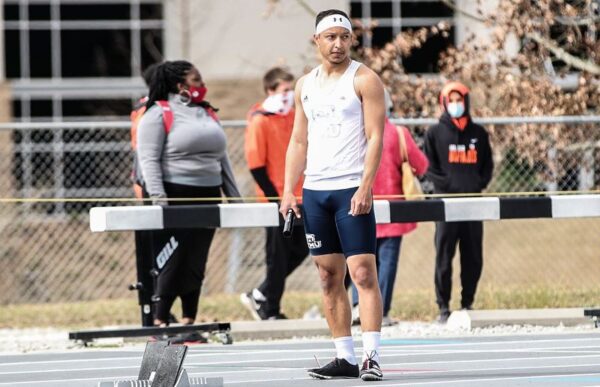 The championships will be hosted by the Gulf Shores and Orange Beach Sports Commission at the Mickey Miller Blackwell Stadium Complex in Gulf Shores, Alabama on Wednesday, May 26 – Friday, May 28. The Bears are scheduled to begin on Wednesday, with the 4×100 meter relay team competing at 4:10 p.m.(CST), followed by Cobb in the 400-meter hurdles at 5:35 p.m. (CST). The finals for both events are set for Friday.

The men’s 4×100 meter relay team (Parrilla, Williams, Davenport, Clayton) earned their first gold medal finish of the 2021 season at the Southern Wesleyan University Susan Rouse Invite, with a time of 41.96 seconds. Throughout the remainder of the season, the relay team tallied four more first-place finishes, while also earning one runner-up finish and three third-place finishes. The Bears were featured running their season best at the Appalachian Athletic Conference Track and Field Championships, with a first-place finish of 41.04 seconds, which is seeded fourth in the competitive nationals field.

Cobb, who is seeded No. 9 in the men’s 400m hurdles, earned six first-place finishes, two second-place finishes, and a third-place finish, featuring a career-best time of 53.39 seconds in the Appalachian Athletic Conference Track and Field Championships. In 2018, the junior hit a career-high time of 56.08 sec., decreased his time in 2019 to 53.58 sec., and will now enter the championships with his best time thus far of 53.39 sec.

Click here  for more information on the NAIA National Championships, including live coverage and the schedule of events.