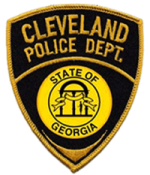 (Cleveland)- Following three separate auto accidents in Cleveland within a quarter-mile of each other, in less than 24-hours, with two of those at the same intersection Cleveland Police Chief Jeff Shoemaker is calling on drivers to be more defensive while driving.

The three accidents, one Tuesday and the other two on Wednesday morning were on the Appalachian Parkway did not result in serious injuries,

Shoemaker says there were common factors that led to these and other crashes, “ the primary contributing factors we are seeing are red-light violations, stop sign violations, following too closely in rear-end type collisions and failure to yield right of way to other traffic when you are primarily turning left onto another roadway,” said Shoemaker.

The two accidents that occurred Wednesday morning were within 30 minutes of each other and occurred at the intersection of South Main and The Appalachian Parkway.

Chief Shoemaker said there are things you can do to help avoid a collision, “ we would encourage our drivers to drive defensively and be on the lookout for actions other motorists are taking and try to avoid them when possible. When you come upon a traffic signal obey the signal, don’t try to beat the yellow light through the intersection. Use that yellow light as an opportunity to slow down,” he said.

According to Shoemaker the weather was clear and not a factor in any of the three accidents.