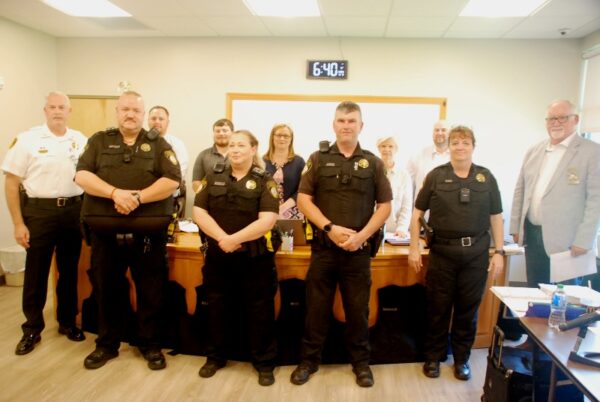 (Cleveland)- All Cleveland Police Department officers now have new bulletproof vests thanks in part from a donation made by the Fraternal Order of Police/Georgia Mountains Lodge.

During Monday’s Cleveland City Council Meeting Michael Palmer, President of the North Georgia Mountains Lodge of the Fraternal Order of Police presented Cleveland Police Chief Jeff Shoemaker with 7 new vests paid for by the FOP.  Palmer said they made the donation on the need, budget and wear of the old vest. In addition to the vest, the FOP donated 12 tourniquets and cases.

Chief Shoemaker thanked Palmer for the donation and said through their partnership and working with a great cost-saving vendor they were able to purchase additional vests so every officer in the department would be equipped with the vests. 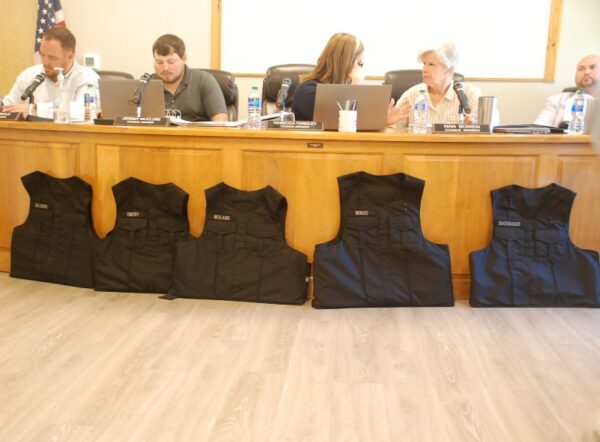