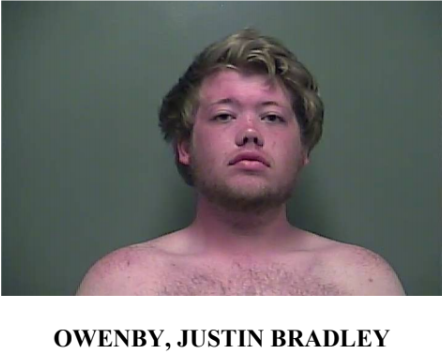 In an email statement, Hammond said 22-year old Justin Owenby was arrested at the residence and charged with

Owenby reportedly was inside one of the homes at the time of the call.  He is accused of damaging items belonging to both victims.