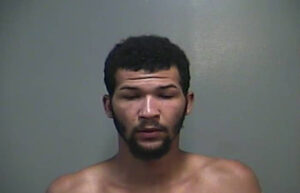 (Cleveland)- A single-vehicle accident on Monday in White County has resulted in the arrest of the driver of the vehicle involved.

The accident occurred at approximately 4:30 PM Monday in the area of Asbury Mill Road, near SR 115.

The Georgia State Patrol was called to investigate and according to preliminary findings by the trooper that investigated the crash, it was determined that a 2004 Toyota 4Runner was traveling north on Asbury Mill Road, failed to maintain its lane, and traveled off of the west shoulder of the roadway.  The SUV struck several trees, ejecting the two passengers from the vehicle.

The driver identified as 21-year old Jimmy Adrian Byron Alexander Pruitt, of Cleveland, initially refused treatment on the scene, but according to GSP, was transported to a hospital for treatment after being placed under arrest.

The state patrol report states that Pruitt was charged with Failure to Maintain Lane, Driving Under the Influence, and two counts of Serious Injury by Vehicle due to the serious injury suffered by his passengers who were identified as  Jeremy Ryan Goddard, age 24, of Murphy, NC, and  23-year old Ishmen Mandingo Dorsey, of Sautee Nacoochee.

GSP post 6 in Gainesville reports that this is an open and ongoing investigation.