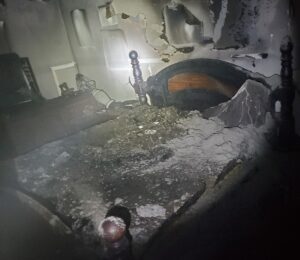 Pruitt said upon arrival they made entry into the home and discovered a fire in the bedroom.  According to Pruitt, the fire was quickly extinguished.

Pruitt said the fire is Being Investigated by the State Fire Marshall’s Office. No injuries were reported. Fire units remained on scene until about 2:30 AM Thursday.