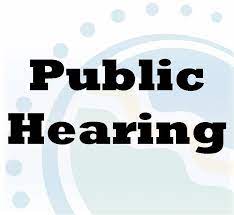 (Cleveland)- The Cleveland City Council will hold a called meeting today (Monday) which will include a public hearing that deals with a November referendum for the package sales of distilled spirits.

The meeting will be held in the Cleveland Community Center/Police Department at 342 Campbell Street and begins at 6:30 PM.

The council is expected to discuss entering into an agreement with White County Elections Services on conducting city elections.

The public is welcome to attend.