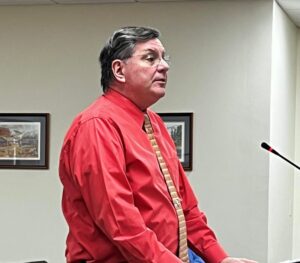 (Cleveland)- White County and the City of Cleveland have worked out an Intergovernmental Agreement that calls for the county elections division to conduct this year’s Cleveland municipal election in November of this year. The agreement received the White County Commission approval during a called meeting Tuesday.

During that meeting, White County Elections Supervisor Jody Davis said, this agreement mirrors the election process they worked out with the city of Helen earlier.

White County Board of Elections, among other things, is responsible for the selection and appointment of the elections Superintendent, who selects, appoints, and oversees training for poll workers for elections. This Agreement will govern the conduct of any and all elections which the City requests the County to conduct, including any and all runoffs which may be necessary.

The City of Cleveland will pay the county $7,432.24 for the services which include the labor cost of staff including poll workers for two Saturday voting, and three weeks of early voting as well as election day. White County has the option of passing along any cost increases that might occur with a 90-day notice.

The Cleveland City Council met late Tuesday and approved the intergovernmental agreement as well as updated the wording in their previously approved call for the election to include who will conduct the election and the voting locations for early voting and election day.

Cleveland Mayor Josh Turner said, “ we’re just  proud to be able to work with the county again and find things that we can cooperate on and this is another example how we can work together and we think that they will do a good job conducting our election this fall.”

The agreement calls for city voters to cast early votes at the county elections office, in the Mauney Building on the Helen Highway, and on election day Cleveland voters will cast ballots at the Bridge Church.