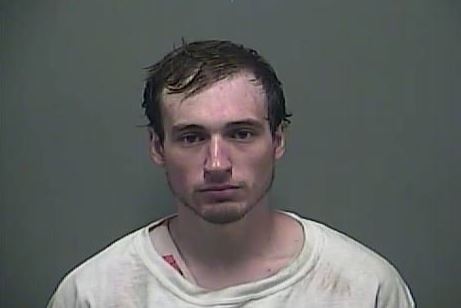 A Clarkesville man is behind bars and has warrants pending from Lumpkin County in connection to a mail theft investigation that spanned five counties, authorities say.

The Gainesville Times reports that Kristopher Jordan Beasley, age 26, was arrested after a suspicious person calls Aug. 23 near the Hofbrau Hotel in Helen, according to Helen Police.

Sheriff’s office spokesman Alan Roach said Beasley is being held in the White County Detention Center and that warrants have been obtained for “Lumpkin County on the theft charges of the mail.”

After responding to the suspicious person call last month, officers could see several shipping boxes and “numerous pieces of mail” inside the suspect’s Honda, according to an incident report.

None of the mail came from the city of Helen, the report shows.

The Lumpkin County Sheriff’s Office said in late August there were thousands of pieces of mail recovered from Hall, Union, White, Habersham, and Lumpkin counties.

The Hall County Sheriff’s Office said there were 33 victims in Hall County in this mail theft investigation and 70-80 pieces of mail involved.

In addition to the trash bags of mail, there were also assorted packages from Amazon and the U.S. Postal Service, according to Helen Police.

Roach said the suspect allegedly drove up to mailboxes and took the mail inside.

“As far as where the mail was stolen from, the mail was taken from each of the individual mailboxes at each location/residence and not from any centralized location,” Roach wrote in an email.

Roach said there is no indication that anyone except Beasley was involved.