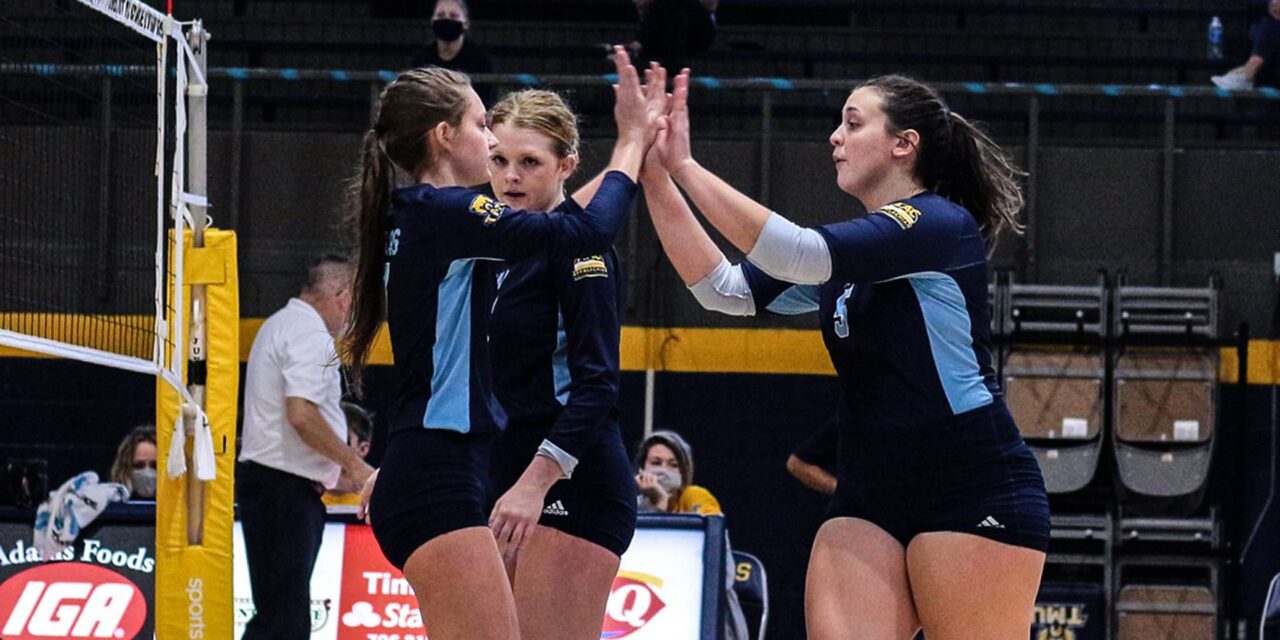 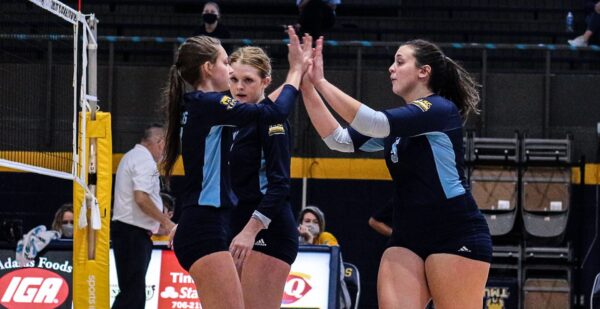 The visiting Rams started out hot as they pushed to lead by as much as eight (5-13). TMU regrouped to come in from behind by two after a 3-0 scoring run that was fueled by a Jordan Roberts kill (22-24). However, the Rams claimed their first win of the night by two on a kill of their own (23-25). Once a CIU attacking error put the Lady Bears out front (3-2) in game two, TMU never looked back. In fact, the Lady Bears held the Rams at 14 to win set two in dominating fashion (25-14). The third set saw both teams toe-to-toe (23-23), but a pair of kills, by freshmen Sonya Silecky and Roberts, allowed the Lady Bears to win their second set in 48 rallies (25-23).

Roberts and Silecky carried the offense with 13 kills apiece, while junior Bethany Ross and Ranavia Neal added nine apiece. Roberts also dominated at the net with nine blocks, while Neal and Abby Maxwell each added four. Maxwell recorded a double-double of 47 assists and 15 digs. Senior Hannah Lee led the defense with 27 digs, while freshman Rachel Kessler had 12.

The Lady Bears will travel to Columbia College on Friday, Nov. 13, for their final road game. TMU returns home on Saturday, Nov. 14, to host Reinhardt University at 3:00 p.m.