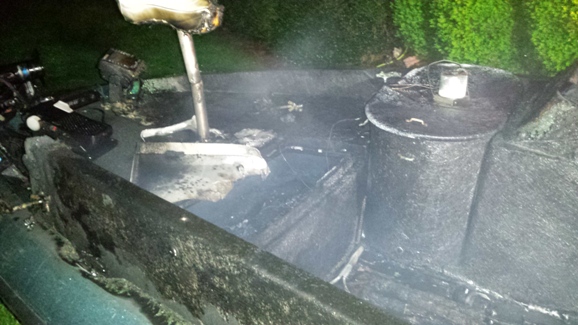 (Cleveland)- A  boat was destroyed by fire early Thursday  morning at a residence on the Helen Highway.

Cleveland Fire Chief Ricky Pruitt said, “we were dispatched at 5:45 am and upon arrival they discovered that the  homeowner  had used a water hose and had the fire almost out. “  Firefighters finished extinguishing the fire.

Pruitt said no one was injured and it appears the fire started in the boats electrical system.