Bears strong first half not enough, fall in overtime battle 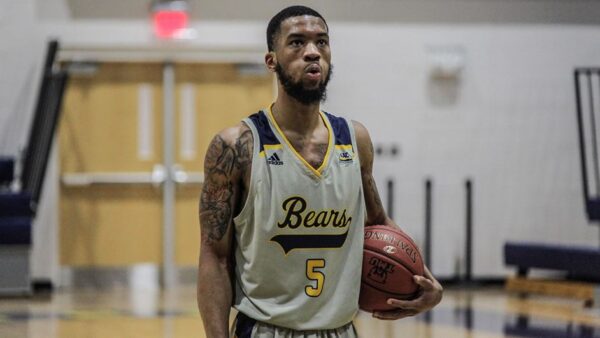 (MONTREAT, N.C.)- The Truett McConnell University men’s basketball team traveled to face Appalachian Athletic Conference competitor, Montreat College, where the Bears fell after the game was forced into overtime to a final score of 82-72. TMU fell to a record of 8-6, 5-5 AAC, while the Cavaliers rose to a record of 9-4, 7-3 AAC.

The Bears dominated in the first half, gaining an early lead after a shot in the paint by Brent Kelly and good layup by Akil Covington (10-4). TMU reached a double digit lead after two good free throws from Raul Arias-Ortega, followed by a jump shot from Enocka Franky (18-6). A shot in the paint by Arias-Ortega and fastbreak by CJ Brown saw the Bears up by at most 18 points to end the half (37-19).

TMU continued to add to their score, but the Cavaliers did not give in as they chipped away at the lead. With 30 seconds remaining in the second half, Montreat evened the score to force the game into overtime play (66-66). Overtime saw the Cavaliers with a 10 point rally at the start, forcing the Bears to work hard under pressure. A jump shot by Kelly and shot in the paint by Franky proved not enough as the Bears fell to final score of 72-82.

The Bears remain on the road as they travel Saturday, Jan. 8, to face Union College, with tipoff set for 4:00 p.m.