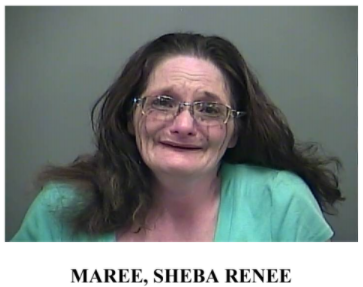 Capt. Clay Hammond said in a news release that on  March 11,  at 11:19 pm, the White County Sheriff’s Office responded to Hulsey Road. at NOK Dr., in reference to an adult male with injuries. Hammond said deputies made contact with 23-year old Corey Porch Jr. of Lula, who at the time, was unable to recall what happened.

Deputies found evidence that led them to believe Porch was struck by a vehicle, which had left the scene.

Hammond said Investigators with the Sheriff’s Office did a follow-up investigation of the incident which led to the arrest of Sheba Maree, age 43  of Warne, N.C.

According to Hammond, Maree was charged with Serious Injury by vehicle, Duty to report an accident and misdemeanor Obstruction of a Law Enforcement Officer.

Maree was booked into the White County Detention Center on Sunday, she is awaiting a bond hearing.